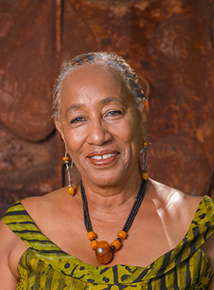 Fatimah Halim is an artist born into a family of writers, storytellers and musicians. She has garnered success as a Special Events Coordinator, professional performance artist, pop vocalist, ethnic dancer, and inspirational author and speaker. She is the designer, facilitator, and author of Rites of Passage Programs for Phoenix area youth. This commitment to youth has driven her passion for over 20 years. Her dedication to promoting the development of women and girls is also evident in the Journey Home Program: An Arts Experience for Incarcerated Women; in her latest book, “Blueprint for Womanhood: A Rites of Passage Handbook for Growing Girls. In Zhenzhou, China, she was a guest of the Shanghai Women’s Federation, where she presented a workshop on her Rites of Passage Program at Sias International University.

Her background in Economic Development includes working with the City of Phoenix Economic Development Department where she was responsible for the overall marketing and promotion of citywide economic development programs and activities impacting thousands of small businesses and advocacy organizations annually.

For over thirteen years, she has created and produced major cultural festivals and events for the City of Phoenix enhancing the cultural image of Phoenix on a national level.

Fatimah began her professional life in New York City as back-up singer for Laura Nyro and recorded with Jimi Hendrix as a member of Ghettofighters. She traveled to Africa, Europe, the Caribbean, Brazil, the Bahamas, and throughout the American South studying her art and performing her stories. She has toured, as a storyteller, with Rosa Parks, Mother of the modern day Civil Rights Movement and her highly acclaimed one-woman show “She’s So G.H.E.T.T.O. – Chronicles of a Ghetto Girl Gone Goddess” has brought audiences to their feet in tears and laughter. She is currently wowing audiences with her new one-woman show “Juliette Must Die – A Story of a Woman in Conflict with Herself.”

Fatimah has also received one of the highest awards from the East Valley NAACP, honored at the 2015 Freedom Fund Gala with the Roy Wilkins Community Service Award. 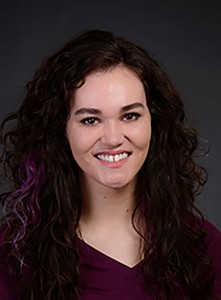 Jasmine Anglen is the founder and president of the nonprofit, All Walks Project, to provide rehabilitation programs to survivors of sex trafficking in Arizona. Under Anglen’s leadership, the program received the Edson Student Entrepreneurship Initiative Award of $10,000 and is set to expand nationally.

Anglen is a Finance and Management dual-major at Barrett, The Honors College and the W.P. Carey School of Business and is set to graduate spring 2016.

Anglen’s community service is also evident in several other projects, such as organizing nearly a dozen university-wide service projects at ASU, volunteering at an orphanage in Romania, and her fundraising efforts for the Juvenile Diabetes Research Foundation and the American Cancer Society.

Anglen has served as a business consultant for small businesses through the Innovations Advancement Clinic and as the President of the Entrepreneurs@ASU club where she worked with novice, student entrepreneurs. She has interned with several startups and is enthusiastic about continuing to help entrepreneurs succeed in business. She hopes to one day run an incubator or accelerator program for startups.